On the morning of Sunday, Dec. 7, 1941, when Japanese planes bombed the American battleships in Hawaii, plunging the nation into World War II, numerous acts of valor played out. Most of them took place aboard the stricken ships — in some cases efforts by the wounded and the dying to save their fellow sailors. Amid the death and destruction, Chief Finn, on an airfield runway, was waging a war of his own against the Japanese.


A few minutes before 8 o’clock, Japanese planes attacked the Kaneohe Bay Naval Air Station, about 12 miles from Battleship Row at Ford Island, hoping to knock out three dozen Navy aircraft before they could get aloft.

Mr. Finn, the chief petty officer in charge of munitions at the naval station and a veteran of 15 years in the Navy, was in bed in a nearby apartment with his wife, Alice. He heard the sound of aircraft, saw one plane flash past his window, then another, and he heard machine guns.

He dressed hurriedly, and drove to the naval station. At first, he observed the base’s 20 miles-per-hour speed limit. But then, “I heard a plane come roaring in from astern of me,” he recalled decades later in an interview with Larry Smith for “Beyond Glory,” an oral history of Medal of Honor recipients.

“As I glanced up, the guy made a wing-over, and I saw that big old red meatball, the rising sun insignia, on the underside of the wing. Well, I threw it into second and it’s a wonder I didn’t run over every sailor in the air station.”

When Chief Finn arrived at the hangars, many of the planes had already been hit. He recalled that he grabbed a .30-caliber machine gun on a makeshift tripod, carried it to an exposed area near a runway and began firing. For the next two and a half hours, he blazed away, although peppered by shrapnel as the Japanese planes strafed the runways with cannon fire.

As he remembered it: “I got shot in the left arm and shot in the left foot, broke the bone. I had shrapnel blows in my chest and belly and right elbow and right thumb. Some were just scratches. My scalp got cut, and everybody thought I was dying: Oh, Christ, the old chief had the top of his head knocked off! I had 28, 29 holes in me that were bleeding. I was walking around on one heel. I was barefooted on that coral dust. My left arm didn’t work. It was just a big ball hanging down.”

Chief Finn thought he had hit at least one plane, but he did not know whether he had brought it down. When the attack ended, he received first aid, then returned to await a possible second attack. He was hospitalized the following afternoon.

On Sept. 15, 1942, Chief Finn received the Medal of Honor from Adm. Chester W. Nimitz, commander in chief of the Pacific Fleet, in a ceremony aboard the carrier Enterprise at Pearl Harbor. Admiral Nimitz cited Chief Finn for his “magnificent courage in the face of almost certain death.”

The post began to become reality in October of 1981, when Veterans of the community gathered together. 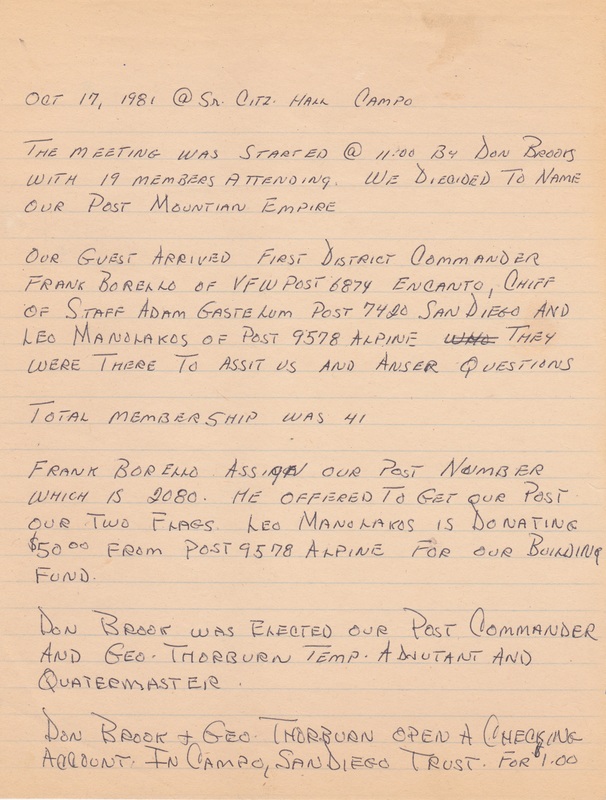 In January of 1982, the post was recognized and received the official seal of association. The Charter was received on February 22, 1985.

The post did not have a permanent "home" for some time after being established. In an attempt to raise money to secure a facility for meetings and events, the members and Auxiliary hosted its first catered dinner. 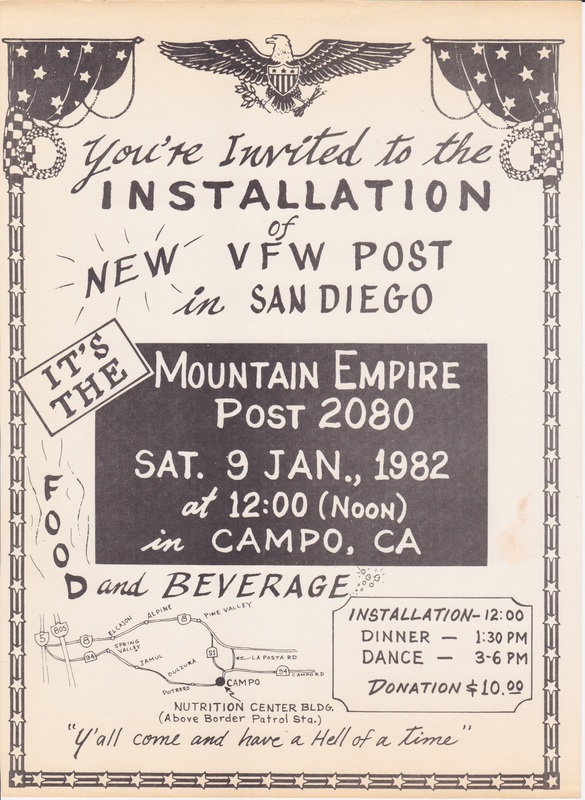 The news clipping from the time reports that approximately 200 people were in attendance to this event. Food and fun were had by many, and some even went home with some great door prizes! There were many VIP's in attendance from state and national representatives of the VFW.
The post also hosted its first event for children which involved an obstacle course to be completed on bicycle. This event has been an annual tradition which we now refer to as our "Bike Rodeo." 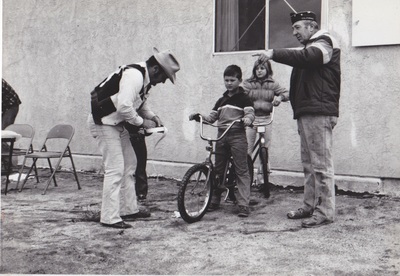 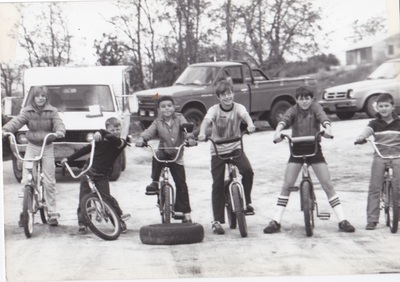